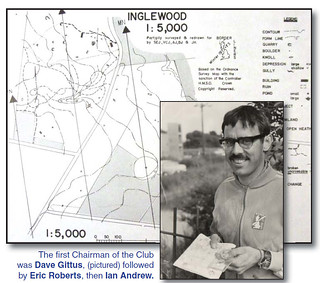 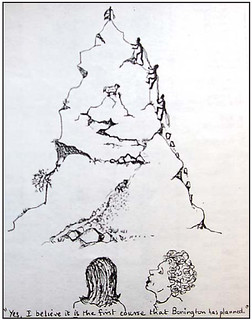 40 years ago, on Sunday 31st May 1970, Border Liners held their first Orienteering Event in nearby Greystoke Forest. Greystoke is now totally unsuitable for Orienteering, so we moved the Celebrations to the nearest alternative Venue and Date...

Thanks to:
DICK WHITWORTH (who competed at Greystoke - his first Orienteering Event - 40 years ago) for Planning and Organising a most enjoyable day out in definitely not Eycott Hill weather.
AVIS ARMER for the welcome refreshments
ALL OF YOU who brought Picnics and made it a really good, sociable day out.
There was a simple course for youngsters, and 2 courses of approx 4.5km and 7.5km which were 'a little bit different from the usual!!' These involved running the Junior Course, followed by another seven or fourteen extra controls, which had NO Markers, Control Descriptions OR code numbers, just SI Boxes on plastic boards. Caught a few of us out! It could have been worse - there were NO Dummy Controls (although no-one told us that), so every SI Box on the ground matched a circle on your map. Just a matter of identifying Which One.
Entry fees were 1 guinea for seniors, and 1 florin for juniors!

The Limerick Competition was a favourite in the newsletter in the early days
Here are some choice examples from the 1970's...

There is a young lady I know,
Who used to run terribly slow,
But when offered free Guinnesh,
To sup at the finish,
My goodnesh she didn't half go.
(A.W.)

An orienteer named Kelly,
While crawling along on his belly,
Said "It makes me so sick,
These trees are so thick,
I wish I'd stayed home and watched telly".
Derek Hartley, inspired by Broughton Moor

An orienteer called Hartley,
Wears red and blue O suits - partly,
As he goes dashing past,
He may not finish last,
But at least he does it smartly.
(D.H.)