CUMBRIA NOW IS NOW A TIER 4 AREA. NO EVENTS UNTIL FURTHER NOTICE.

Due to COVID-19 restrictions, all our events are currently pre-entry and open to experienced orienteers only. Numbers may be limited, NO ENTRY ON THE DAY. Please check regularly for updates as the situation can change at short notice. Visit British Orienteering for up to date news and guidance.

Border Liners Orienteering Club was formed in Autumn 1969. Our first event was in May 1970 in Greystoke Forest.

For 2020 the club had planned a celebratory event in Chances Park Carlisle, as Greystoke Forest is now unusable for orienteering. Unfortunately the Covid-19 pandamic put a stop to that, but this did not dampen the club's enthusiasm to acknowledge an auspicious occasion! Angela Whitworth came up with a Grand Plan, and on Sunday May 31st 2020, as near as possible to 11am, club members and friends undertook a whole variety of individual '50' themed activities. These ranged from building sandcastles and counting rainbow posters in windows, to bike rides and gps tracked personal orienteering events. The order of the day was to have fun and, with the added bonus of wonderfully sunny weather, that's exactly what happened! Thanks to everyone involved for making the event a real community effort, and a day to remember.

HUGE thanks to the team of volunteers who worked so hard to make Border Liners 50th Anniversary Dinner such an extra special occasion. An excellent buffet meal was provided, the hall looked a treat with specially made bunting, the tables were elegant enough to grace a top class restaurant - and we even had BL themed chocolates!!

The club's inaugural meeting was held in November 1969 and the Anniversary Dinner took place at Bothel Village Hall on Saturday 23rd November 2019.

A bronze for Border Liner Ruben at the British Schools Score Champs today, Heaton Park, Manchester. Well done Ruben! Thanks to Natalie for the photo.

How to get a Frog out of a Calf Tear

Top podium places for some BL members at the White Rose in Scarborough over the recent Bank Holiday weekend. A special Congratulations to the Gaines family who came joint second family overall for Middle Distance and Urban Classic combined. Sorry Oscar (M18L) and Stella (W45L) we didn't capture your podium places. Well done Isabel(W14S), Maria (W12S) and Paul Gaines(M45S), Maisy(W16S), Lewis (M14S) and Jane Yates (W50S) and Christine Goulding(W55L) and to everyone else who competed. A brilliant social weekend in the sunshine. 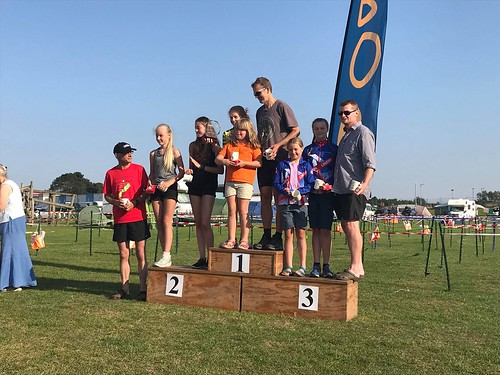 BL Juniors are the Cake Champions

Well done to our BL Juniors and their support team who raised a grand total of £119.50 at Askham Fell on Sunday 1st September 2019. They achieved this by running another successful cake stall - and making good use of their new tent, purchased with the proceeds from a previous fund raising venture. 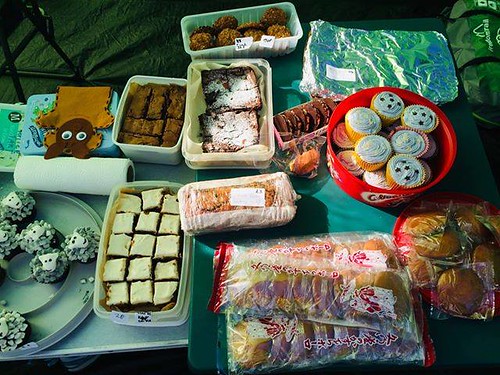 BL's Christine Goulding raced to success in the Scottish 6 days competition recently held in Strathearn, Perthshire. Based around Crieff around 3500 competitors participated in the UK's biggest orienteering event, held every 2 years in Scotland. Christine demonstrated consistency, accuracy and resilience across the different events and ran home an excellent and worthy winner in the W55 class.

BL has a sprint orienteering World Champion in Christine Kiddier, who won Women's 65 at the World Masters Orienteering Championships in Riga, Latvia in early July. It was a slightly hollow victory as almost all classes were voided due to a locked doorway, so no medals were awarded, instead a flower ceremony was held.